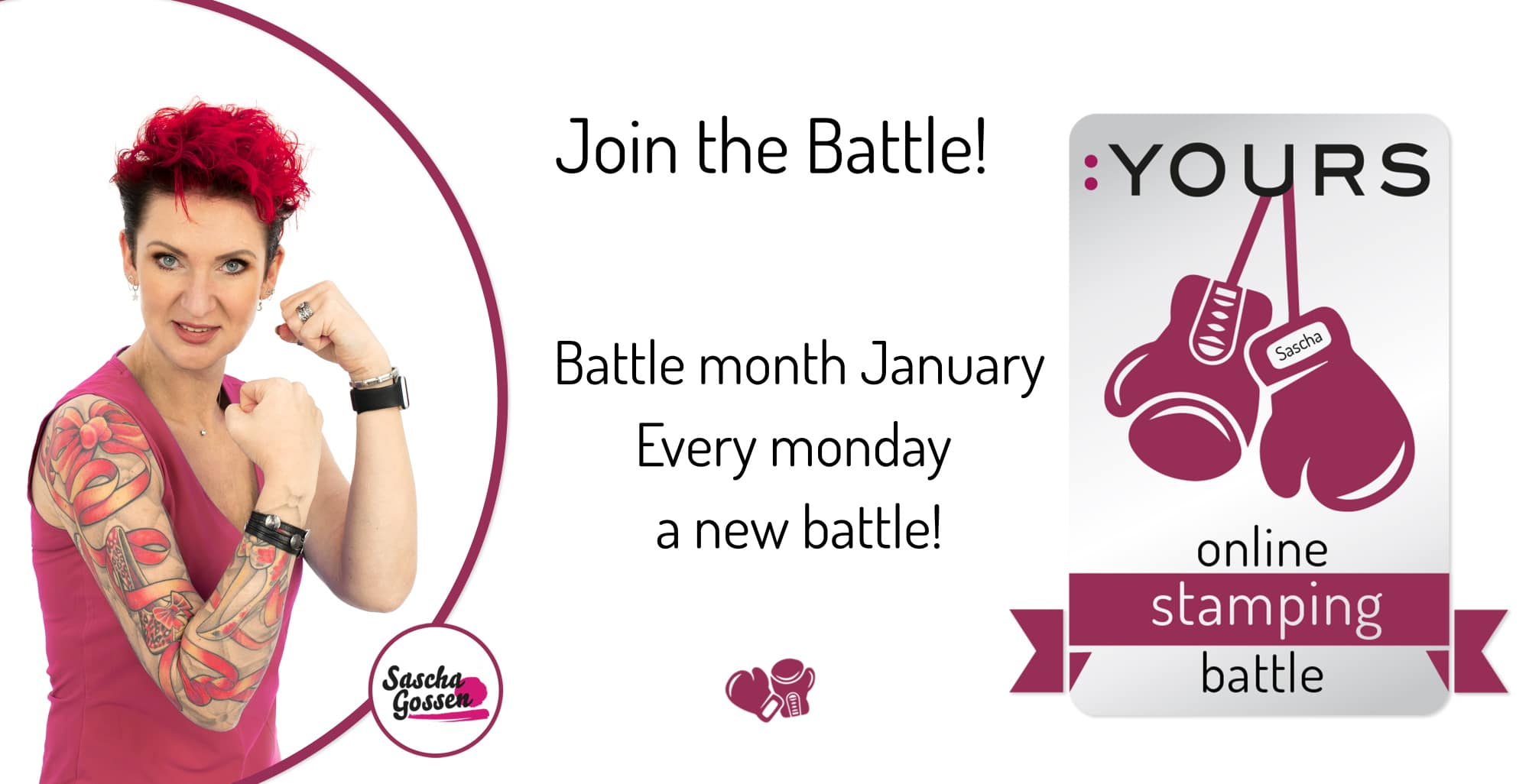 During 4 weeks in January, Sascha Gossen will host the :YOURS Stamping Battles. What’s that? Every week Sascha will come up with a theme, give an online demo and show you a cool design for your inspiration. We will ask you to send us an image of a nail design you created (of course, using the stamp technique) within the theme. After each week/battle, a jury will decide who wins. The winner will receive one of the prizes we selected. You will not be disappointed.

After each announcement by Sascha, we will open an upload form on this page(!). The upload functionality will be activated after Sascha has announced the theme.

Participation conditions:
By participating, you agree to:
1. The participant has a chance of winning a ‘Battle’s price’ by uploading an image in the context of the theme of that specific battle.
2. After each battle, a jury will determine who wins the battle, based on multiple factors (originality being an important one).
3. The design needs to be stamped.
4. :YOURS is allowed to make use of your image 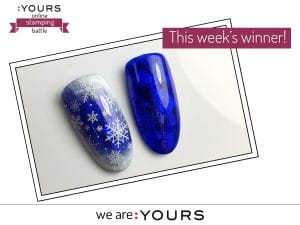 If you want to see more of Aletha’s work, check her out on:
Facebook: www.facebook.com/TheNailShopAVisser
Instagram: www.instagram.com/nailsbythenailshop/ 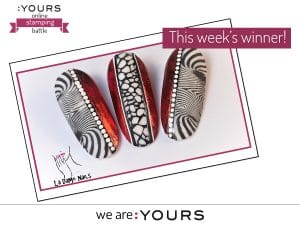 She won the online course ‘Wild Life’ (by Sascha Gossen) provided to us by our very dear friends at Beauty2TRS
If you want to see more of Aletha’s work, check her out on:
Instagram: https://www.instagram.com/ladamenails/ 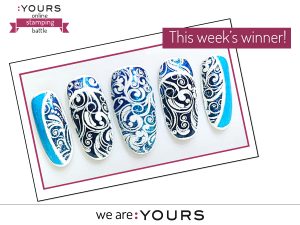 She won the Blue Nail Package, sponsored by our very dear friends at Sweet Squared
If you want to see more of Sue’s work, check her out on:
Facebook: https://www.facebook.com/susanspro.file.1
Instagram: https://www.instagram.com/susansprofile/

BATTLE 4 – winner will be announced on the 3rd of February